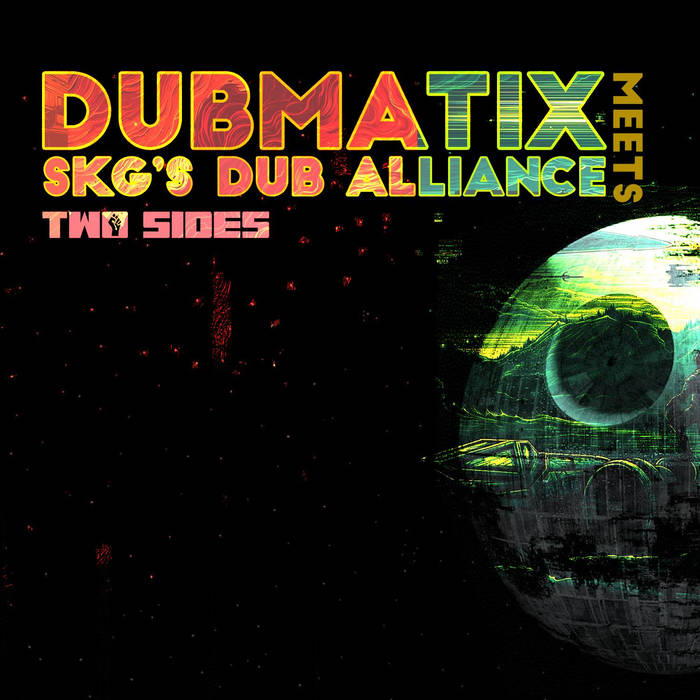 In 2017 I spent a fantastic week in Greece. First in Athens for a show then onto Thessaloniki for 5 days. During my stay there, the very welcoming SKG crew welcomed me to visit some sites and their studio where we spent an afternoon collaborating on what would become "Two Sides". Listen for the Star Wars reference.
My thanks goes out to Digital Monk, Big Shine & Lorrd for their great spirit and musical generosity.

ABOUT SKG
The 'SKG's Dub Alliance' Soundsystem's members are Big Shine, Digital Monk and Lorrd. Comming from different projects and bands ( Rodes United, Moriginal Beats, Kako Synapantima), they share the vision to spread the love for the bass culutre.

They have been touring all over Greece for over 2 years before they created the 'SKG's Dub Alliance' and have shared the same stage with some of the biggest names of the scene ( Dub pistols, Soom T, Asian Dub Foundation, Taiwan MC, Groundation, Alborosie, Zion Train, Amit, Vibronics to name a few). They promise a unique show full of bass, live percussions, scratches and double times on the microphone. Separately, but also as a team, they released their music on many Net Labels like : Breathe Records (GR), Reggaewise (GR), Gradient Audio(USA), Dubtribu Records (UK), Iron Shirt Records (UK) and more and have collaborated with Artists such as Dubmatix, Skarra Mucci, Wuddub, Dub Pistols and Professor Skank.