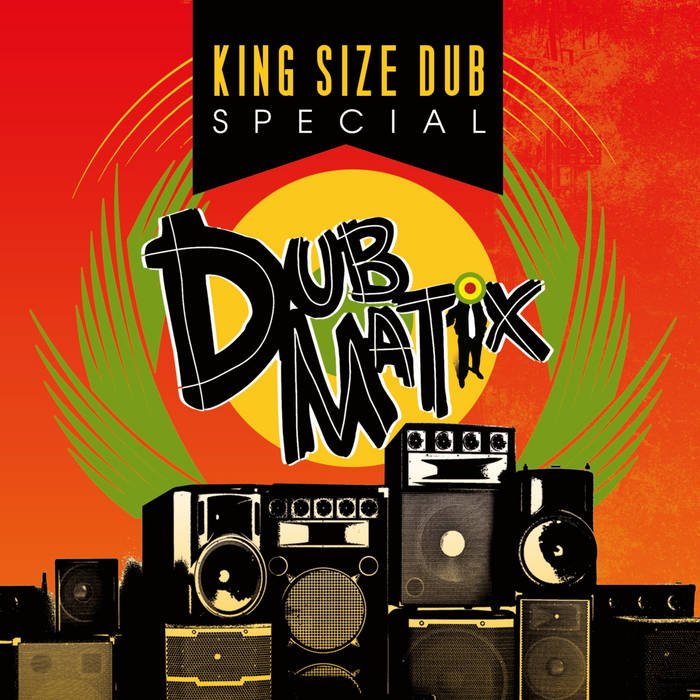 Dubmatix Intro
First off I'd like to extend a very big thank you to all of you that have supported me over the years, buying the releases, coming out to shows, sending me emails, sharing your own music. It's truly a great gift to me and is part of why I continue to make and share music.

Nicolai approached me about being part of his annual King Size Dub release and I was hooked. The idea behind this particular release is to share some of the remixes, dubs and alternate versions I use for touring along with a few new dub tracks. Nicolai had the idea of creating a "party playlist" so with that in mind - we set about selecting 20 cuts that you could play from start to finish - including those always funtastic "laser" drops between tracks. Some you've heard before, some will be new but we hope you enjoy the release and find something that gets you bumpin.

RELEASE INFO
The release of King Size Dub – special - DUBMATIX - is another impressive display of how a musical style has progressed. Dub as a style with all its reference points between commerce and innovation. Canada is the place where the genre’s busiest, most talented and possibly cleverest producer hails from: Dubmatix.

Not only a studio virtuoso, but also an incredibly profound artist and perfectionist whose sure-fire instinct for the ultimate groove productions defines the current state of the art in the genre.

With his debut album Champion Soundclash in 2005, and a total of 8 albums and a mind-blowing number of digital releases and remixes, Jesse King aka Dubmatix has conquered the world of dub and reggae. In everything he does he reveals a fine instinct for intricate and supremely skillful compositions full of unexpected twists and turns. Dubmatix has the power to surprise, not by using volume or of-the-moment sounds, but through clever, occasionally low-key but always absolutely compelling skills.

20 pounding dubs merge seamlessly into each other. All are ideal for bringing the dancefloors of the dub universe to a boiling point. Heavy bass for heavy dancing!